The temples, mountains, elephants and waterfalls of Chiang Mai have earned the city a reputation as a must-see place on any Thailand Itinerary.

Choosing the best time to visit Chiang Mai is a really important decision that can have a big impact on your enjoyment of this northern gem.

When thinking about when to go to Chiang Mai, most people will instantly think about the weather conditions. This is fair enough, the weather is obviously an important factor in deciding what time of year to visit Chiang Mai, but we think that there is an even more important consideration. Burning season.

This is the time of year when farmers burn their fields and the resulting smoke clogs the valleys and has a significant impact on the air quality in Chiang Mai.

Other factors to consider include costs, crowds and whether you want to time your visit to coincide with one of the spectacular festivals that can add some colour and local flavour to your visit.

When is the Best Time to Visit Chiang Mai? An Overview November to early February is the high season. This period has the best weather conditions and you can expect to enjoy pleasantly cool temperatures with little rain.

The good weather brings tourists and you can also expect higher prices. It is wise to book accommodation and tours in advance during peak tourist season, but this is still the best time to go to Chiang Mai.

Mid-February until May is the hot, dry season in northern Thailand. There is hardly any rain and temperatures can feel uncomfortable. The main issue at this time is the bad air pollution caused by burning in the areas around the city.

This is the worst time to visit Chiang Mai so we suggest avoiding this period if you can.

June to October is the rainy season. This brings blessed relief from the air pollution. It is cooler than the months before but it is humid. Rain showers tend to be short and sharp so this isn’t a bad time to come and it is the cheapest time to visit Chiang Mai.

If we had to pick the best month to visit Chiang Mai, we would choose November. The weather is good, it is not too busy with tourists and you can enjoy the Yee Peng and Loy Krathong festivals.

Northern Thailand has a far more temperate climate than central and Southern Thailand. The inland location and mountainous terrain mean that temperatures are generally cooler and less humid. The climate in Chiang Mai experiences three distinct seasons, the cool season, the hot season, and the rainy season.

The cool season lasts between November and February and temperatures generally peak around 25°C in the daytime and drop to 15°C at night. This is a pretty pleasant range of temperatures, you won’t need too much in the way of warm clothes but it is worth having a jumper or light coat for the evenings.

The hot season (March to end of May) lives up to its name with temperatures reaching 40°C and not dropping below 25°C. This is unpleasantly warm for most people and you can’t rely on a sea breeze like the beaches and islands of southern Thailand.

The rainy season usually starts in June and lasts until October. Temperatures are still warm, generally staying over 30°C in the day. In general, rainfall is in short sharp bursts and shouldn’t spoil your trip unless you get unlucky with extended days of rainfall. August and September are the rainiest months.

The burning season should be a big factor when deciding on when to visit Chiang Mai. It is perhaps something that a lot of people aren’t aware of or at least underestimate the extent of the problem. For much of February and March 2019, Chiang Mai had the worst air pollution in the whole world.

Unlike Delhi or Shanghai, air pollution is probably not the first thing that you associate with a modestly sized city famed for its temples and relaxed lifestyle, but it is certainly something that you need to be aware of.

The cause of the pollution is the practice of farmers burning their fields after harvest. The timing of this varies a bit but generally will start in mid-February. Some days are better than others but the problem only really goes away with the arrival of the first rains around the start of May.

If you visit Chiang Mai around this time you will not see any of the mountain views that make the postcards and promo materials. But of more concern is the impact that it can have on your health. This is particularly the case if you are in Thailand with young children or if you have a condition like asthma.

We had to completely alter our plans to avoid the air pollution that affects large areas of northern Thailand, Laos and Myanmar. We recommend avoiding visiting Chiang Mai at this time if at all possible. It coincides with the worst of the weather anyway so it should be an easy choice if your travel plans are flexible.

You can check the air quality in Chiang Mai here. We like to try and visit places at festival times. The place tends to be more colourful and the people are often friendlier and happier. It can give you a chance to see another side of the city and experience the local traditions in a way that you would not be able to at other times of the year.

These are some of the main festivals in Chiang Mai

A three-day flower festival takes place on the first weekend of February. The focal point of the festival is the Suan Buak Haad public garden and you will see beautiful displays of yellow and white chrysanthemums and damask roses (a variety found only in Chiang Mai). There are also beauty pageants, and ceremonies held in the gardens.

This is the ordination ceremony for novice Buddhist monks and can be seen at Wat Ku Tao and Wat Pa Pao from March 20th to mid-April. If you are in the area at this time you will find the temple grounds are bustling with activity during the daytime and in the evening with various ceremonies and processions taking place.

The Songkran festival to celebrate Thai New Year is probably the most famous festival in Thailand. The festivities last from April 13th to 15th and traditionally water is splashed onto loved ones as a good luck wish for the year ahead.

Chiang Mai celebrates Songkran in style with what has become a huge water fight. Walk down any of the streets in the old town and you can expect to get wet. It is fun, but you might want to factor in some time away from the city as the novelty can wear off.

The Inthakhin festival takes place at Wat Chedi Luang. It is a week of prayer in order to bestow blessings on the city. The best time to go is after sunset when you can witness an offering ceremony. On the last day of the festival you can enjoy a procession around the Old City moat.

The festival begins on the 12th day of the sixth lunar month each year and lasts for 8 days, this is around the end of May/beginning of June.

Held in July, the aim of the rocket festival is to pray for rain at the start of the new planting season. I am not completely sure what that has to do with rockets, but it is fun to watch.  Rockets are released and points are awarded for how high and how straight they fly. Read more here

These are two beautiful festivals that happen at the same time. Loy Krathong (Loi Krathong), is celebrated throughout Thailand whilst Yee Peng (Yi Peng) is mainly celebrated in Northern Thailand. They are both beautiful and atmospheric festivals that will really add a unique element to your trip.

The festival dates move around slightly as it is held on the full moon of the twelfth lunar month, this is generally around mid-November.

During the Loy Krathong festival, locals gather to pay their respects to the Goddess of Water by releasing beautiful lotus-shaped rafts into rivers, lakes and canals. The Krathong is the raft, which is generally decorated with candles, incense and flowers, while the word loy means to float.

Krathongs were traditionally made with organic materials like banana leaves or bread. These days they are often styrofoam, glossy paper, or plastic. Please find an organic version of you plan to release your own Krathong.

Yee Peng is also known as the Lantern Festival. Hundreds of lanterns are released up into the sky to symbolise letting go of ills and misfortunes. It is a spectacular and atmospheric sight and makes for a great experience during your stay in Chiang Mai.

Final thoughts on the Best Time to Visit Chiang Mai

We hope that you have enjoyed reading about when to go to Chiang Mai. It is one of the places that we think there is a wrong time to go, and you won’t get the best out of Chiang Mai and the surrounding area if you go during the burning season which is around February to May.

The winter months are the best time to go Chiang Mai,  but don’t completely rule out the rainy season if that fits your wider travel plans.

We have written a Chiang Mai itinerary which should give you some great ideas for how to spend your time in the area.

If you are looking for somewhere to stay we recommend Lanna Dusita Riverside Boutique Resort, where we stayed. It is a lovely hotel by the river and away from the noise of the city. They have a free shuttle so you can get into town easy and it doesn’t take long.

If you are travelling with children, be sure to check out our guide to visiting Chiang Mai with Kids

*As an Amazon Associate I earn from qualifying purchases (at no extra cost to you). 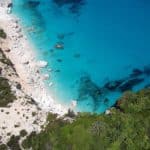 The Best Beaches in Sardinia – Find Your Perfect Beach 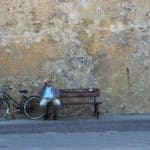 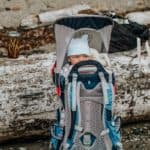 The Best Baby Carriers for Travel 2022 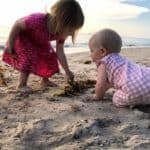 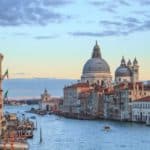 10 Amazing Things to do in Venice with Kids 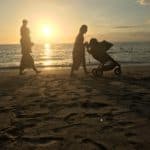